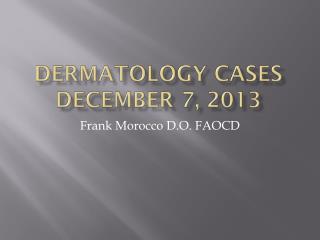 Cases from the 2007 SHOT Report - . please feel free to use these examples in your teaching material or other

Value Based Purchasing, Changes for ICD-10 and the Future of Dermatology Robert S. Gold, MD - . medicine under the