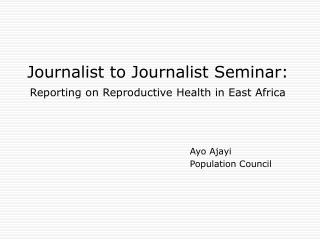 Get Motivated Seminars - The get motivated seminars have been north america’s top business seminar for over 25 years.

Beyond Budgeting: Leading with Flexible Targets. 2-day seminar - Slides from 2-day beyond budgeting seminar in kuala

Seminar with Dr. Chaim Rosenthal 5/9/10 - . symptoms of depression. does not love anything cannot enjoy anything

Special Regulations Seminar January 2009 - . 1. course explanation &amp; outcomes. the purpose of the seminar is to:

Welcome to the CLU-IN Internet Seminar - . epa's methodology for understanding and reducing a project's environmental