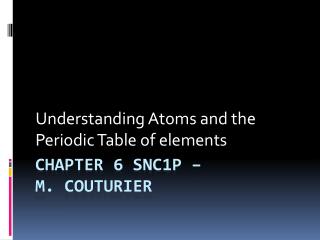 Understanding Atoms and the Periodic Table of elements. Chapter 6 SNC1P – m. Couturier. The atom. Atoms are made up of three sub-atomic particles: protons, neutrons and electrons.