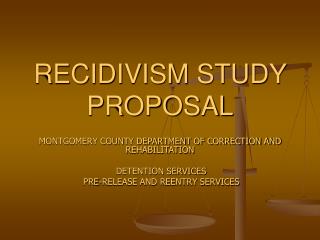 Recidivism - Why should i care?. recidivism. keep your business safe. over half of all small businesses in america are

New study proposal: - A stepped wedge randomised trial of implementation of an observation chart for the dying part of

Juveniles at Risk for Delinquency and Recidivism: A Grant Proposal - . by lauren saunders presented to the school of

Success or Recidivism - . the power of standards and the “plan”. career tech skills centers (ctsc). what is a career