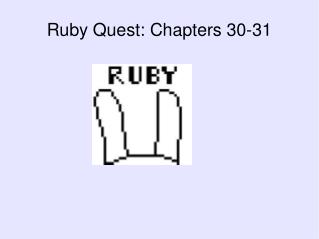 Ruby Quest: Chapters 30-31. Filbert emerges from the large tube, wielding a BONESAW. He demands that Ruby and Tom, being so clearly infected, must be operated on immediately. He says he will cut them until they are clean. It would appear Filbert is rather adamant about this. Ruby Payne: The Culture of Poverty - . by: kellie tetrick, m.a. ed. welcome! (background and why we are learning about

Ancestral Quest’s Synchronization with nFS - . ancestral quest relation to paf. prior to summer of 1999 paf was a dos

Quest to Photograph Sunrise behind Sri Pada - . attempts since returning to lanka 27 years since i saw it in 1978

Academic world quest 2009 - . we wish to thank the staff of the henry a. wallace center at the fdr presidential library

South America Quest - . use your textbook to answer these questions. europeans change the environment. pages 562-563.

ALEXANDER’S LIFE A QUEST JOURNEY - . the world of alexander the great: a rehearsal for globalization. i. note: this is

Exodus Chapters 1 through 15 - Wonderfully describe an exciting and amazing time of new things for israel: see them grow

Topic 5 - The Quest Quality System - . textbook pages 78–83. learning objectives. by the end of the topic learners will