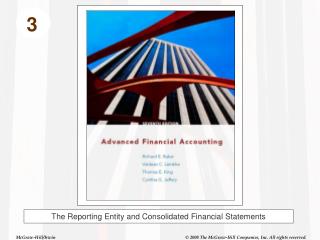 The Reporting Entity and the Consolidation of Less-than-Wholly-Owned Subsidiaries with No Differential - Chapter 3. the

Chapter 6 - . consolidated financial statements: on date of purchase-type business combination. objectives of this