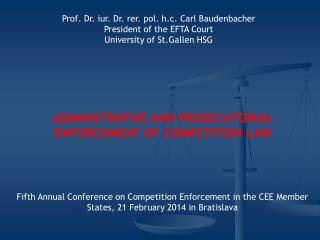 History of Law and Law Enforcement - . l.e. class. justice system. punish the offender there was no attempt at

Administrative Law - . markus dubber. david dunsmuir v . her majesty the queen in right of the province of new brunswick