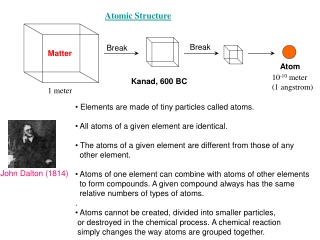 Atomic Structure - . history of atomic theory. democritus (460 - 370 bc). was the first person to come up with the idea

Atomic Theory - . atomic structure review and history of the atomic model. matter. all matter is made up of tiny