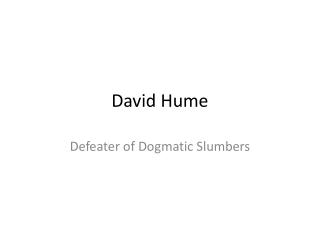 David Hume. Defeater of Dogmatic Slumbers. §1. Different Kinds of Philosophy The preachers of virtue The moral scientists The Newtonian Aspiration.