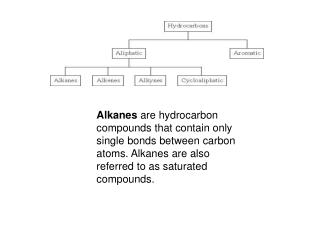 The second general category of hydrocarbons is aromatics. The simplest aromatic ring is benzene: Alkanes are hydrocarbon compounds that contain only single bonds between carbon atoms. Alkanes are also referred to as saturated compounds. Many organic compounds have both a systematic and a common name. This is due in part to the way the science of organic chemistry developed.

The second general category of hydrocarbons is aromatics. The simplest aromatic ring is benzene:

Object-Oriented Programming: Polymorphism - 10. object-oriented programming: polymorphism. one ring to rule them all, one

Chapter 4: From Chemistry to Energy to Life - Generally, ecosystems can cope with natural hydrocarbons within the system