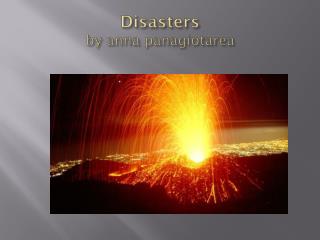 Session 8 Paying for Large-Scale Disasters - . public administration and emergency management. objectives. at the

All About Natural Disasters - . by caroline jones mrs. robles’ science class. tsunamis. what is a tsunami? a tsunami

Earthquakes and Natural Disasters! - . by: kiera o’reilly. what is a natural

NATURAL DISASTER MANAGEMENT - . an excelent opportunity to work together. natural