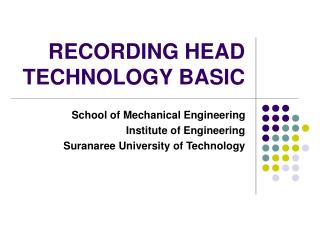 Recording - . some instruments used:. the hydrophone and headphones were both plugged into a cassette tape recorder the

RECORDING - . concept of case recording. after the interviewing process is over the caseworker has the obligation to

Recording - . purpose. resolve priorities between competitors for the same property. [party vs. non-party] does not