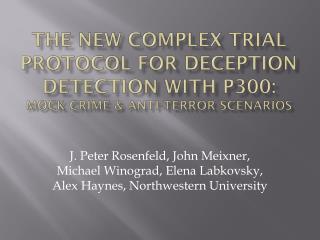 Mock Code - . by: angelique johnson, m.d. mock code. paramedics call with an 8 month old 10 minutes from your er with a

Satan is a Master at Deception - . god warns us concerning the terrible consequences of sin. (eph 5:5-6). satan is a

Financial Crime: What does it mean to Investec? - . mlros.com february 2007. financial crime:. what should we consider?

The Scopes Trial - . what was the scopes trial?. it was otherwise known as the monkey trial. it settled the debate of “