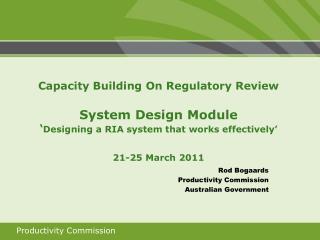 HOW TO FIRE PROOF YOUR PRODUCTIVITY - Productivity is never an accident; it is always the result of intelligent planning, National Commission for Womens - The national commission for women (ncw), was set up as a statutory body under the

INCREASING THE PRODUCTIVITY AND EFFICIENCY IN RICE PRODUCTION WITH THE RICECHECK SYSTEM - . nguu van nguyen executive

ACMA Australian Communications and Media Authority - . by cara dykes-johnson 12b. who are they ?. the acma stands for the

The Veterans Health Administration in the US: Pay and productivity issues - . anne sales, msn phd rn faculty of nursing