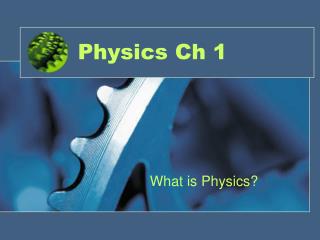 Physics Ch 1. What is Physics?. Physics is much more than equations and numbers. Physics is the branch of knowledge that studies the physical world. Physics is about what happens in the world all around us. You use physics every day! Physics deals with the way nature behaves—natural laws.