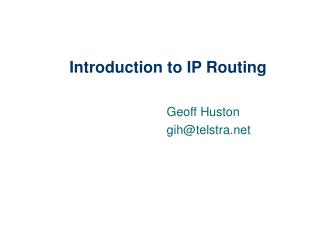 Routing - . an engineering approach to computer networking by s. keshav

Chapter 4 Routing Protocols - . overview. routing in wsns is challenging due to distinguish from other wireless networks

Routing Protocols of Ad Hoc Network - . introduction. what is ad hoc network. all nodes are mobile and can be connected

Routers and Routing Basics CCNA 2 - . chapter 5. introduction. the first half of this chapter reviews the boot process