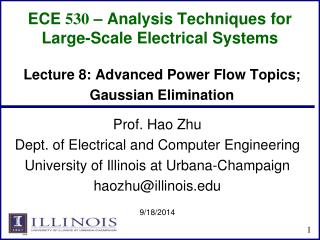 AUT 242 - . chapter 14 electronic fundamentals. objectives. after studying chapter 14, the reader will be able to:

Overview - . what is system analysis and design? tools and models methodologies. information systems. what is a system?

Large Scale Integrated Circuits - . a little history. in 1942, in the university of pennsylvania's moore school of

`All I know is what I read in the newspaper’: news/blog analysis with Lydia - . steven skiena dept. of computer science