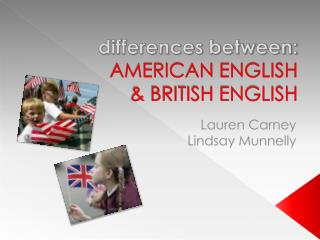 Differences between American and British English

А merican English - . linguistic situation in the us now. speakers of american english outnumber all native speakers of

English/ British Literature - . the medieval period (old english and middle english). england before the english. when

British English and American English - . t he aims of our work are:. to systematize the main differences between american

AMERICAN ENGLISH VS. BRITISH ENGLISH - . or whose language is it. the origin of the language. a porter in a british hotel