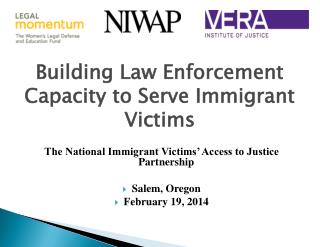 Law Enforcement : To Serve and Protect - . the stand your ground law and its m ost infamous c ase official story.

The U Visa: A Tool for Law Enforcement, Immigrant Victims of Crimes, and Those Who Work with Them - . gail pendleton