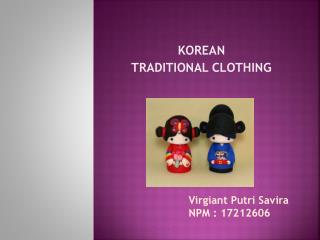 KOREAN TRADITIONAL CLOTHING. Virgiant Putri Savira NPM : 17212606 . PROLOGUE. Clothes is one of human needs besides food and shelter. As humans, of course we need clothes to keep our body clean and comfort. Traditional Romanian clothing - . history of the

Traditional German Clothing - The german clothing of the years gone by,it is important to understand the concept of

Traditional Clothing : Kimonos Jackets - Kimonos jackets are not only a great way to keep women warm but also a really

korean clothing online: A Simple Definition - In the event you have an interest in getting bts look for, you'll be

The Evolution of korean clothing online - Asian manner is not merely about skimpy, small clothing. it's also about