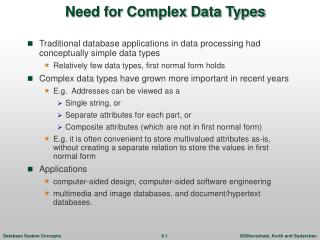 Spectroscopic Studies of a Caged Cobalt Complex - . emma morrison advanced inorganic laboratory. the purpose of this

Introduction to SPSS - . data types and spss data entry and analysis. in this session. what does spss look like? types of

Complex Variables - . complex numbers are really two numbers packaged into one entity (much like matrices). the two

Data Manipulation Using MySQL - . ideally, a database language should allow a user to: create the database and relation