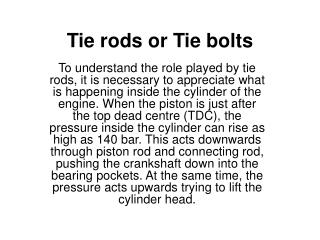 Tie Safe Trailer Tie - Tie safe trailer tie is a top-quality accessory that breaks apart a panic load. when you tie your

How to Tie a Tie - . mr. loscos sylmar high school bte academy. put the tie round your neck with the wide end on the

How to tie a tie - . pratt knot. four in hand knot. melinda norris. windsor. half windsor. navigating through this

PBL/TIE - . literacy for the 21th century. the zoning board. decisions speaking/listening reading and writing gathering

Tie Breaker… - . when is bastille day?. july 14 th. rules of jeopardy everyone will work in pairs or groups of 3,

TIE 2012 - . makebeliefs comix wallwisher dipity. what are these tools?. makebeliefscomix create your own comic strip

TIE - DYE - . tie-dye dates back to ancient times. along with beads, shells, and other ornamentation, our ancestors