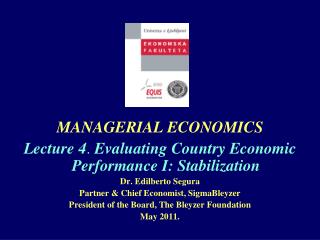 Economics - . economics. -economics -the system that society uses to produce and distribute goods and services -why

Economics: EOCT Practice Game - . economics may best be defined as a a) study of efforts to satisfy seemingly unlimited

Tuesday April 3rd - . warm up: what is economics? how do you feel about economics?. learning objectives. swbat: identify

ECONOMICS why should we study it? - . economic development = quality of life. life expectancy is strongly correlated with

How Does Economic Globalization Affect You? - . if the term economics is defined as: any consideration dealing with