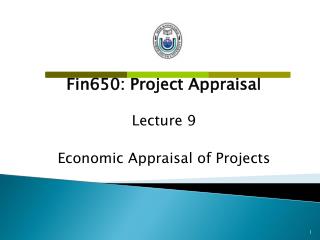 Section 1 - Learning objectives. identify the appraisal process define an appraisal describe the process within the

Appraisal and PDP - . vts 2005. appraisal is. a professional process of constructive dialogue a formal, structured

Appraisal Tracker - . this project is aimed at developing a software that is of importance to either an organization or a

Preparing the employee’s appraisal - Acknowledging the performance discussion. completing your own appraisal.

Performance Appraisal - . definition. performance appraisal is the systematic evaluation of the individual with respect

Project Appraisal - . dr.s. sreenivasa murthy. what is a project ?. a project is a proposal for capital investment to