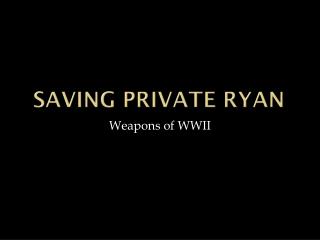 Saving Private Ryan - . learning objectives. to understand how to identify technique to explain how techniques work and

Ryan - . at the hotel . ralph. so that nobody can call him spoiled brat. night time . their relatives hate ralph because

Saving - . how it works, why it works and when you should start doing it!!!!!. saving. storing money for future use. .

Saving - . benefits of saving. savings strategies. what savings options do i have?. comparing interest rates. annual

SAVING - . bellringer. list five things that you have spent money on in the past 6 months. . extreme penny pincher .