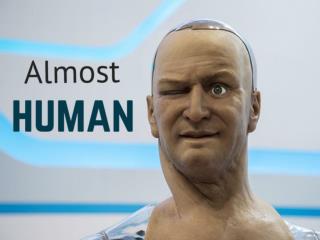 Humanoid robots that can walk and talk like real people. Chapter 1 Why a Course in Human Sexuality? - . for use with human sexuality today (4 th ed.) bruce king slides prepared

i Robot - Fighting our own technology. i robot. by ryan voland. the three laws. law i: a robot may not injure a human

Human Rights What are They? - . http://www.youtube.com/watch?v=oh3bblk5uiq. human

BEING HUMAN|BEING CHURCH - . from human being to being human colossians 2.9-15. modern man is the missing link between