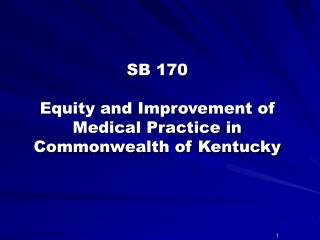 Welcome to . Commonwealth of Kentucky NSP Implementation Training - A little about

Commonwealth of Kentucky biomass development and technology Directory as of 03/22/2011 - . organizations. kentucky

Quality Improvement and Reporting of Medical Errors - Expect the unexpected: are we clearly prepared?. quality

Improvement of Medical Management of Parkinson’s Disease in Inpatients - Learning to make a difference. improvement of