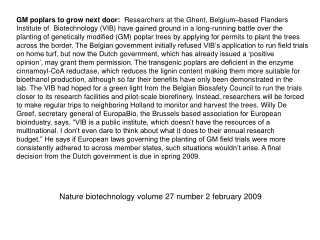 2009 UPAF PowerPoint Presentation - The performing arts are indispensable to the vitality of our region. ... augments the

February 27-March 2 - . poetry/novel. do now. read this passage: death . perhaps no other theme elicits such deep and

PowerPoint Presentation #2 - . keaton cutler. a look at organelles. cell membrane. while not an organelle by definition,