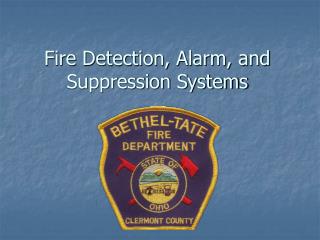 Fire Detection, Alarm, and Suppression Systems. Introduction. Recognized functions of detection and alarm systems. To notify occupants of a facility to take necessary evasive action to escape the dangers of a hostile fire To summon organized assistance to initiate or assist in fire control