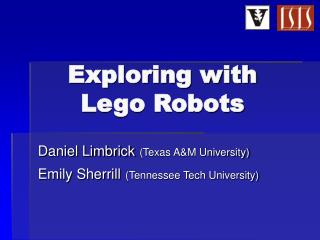 Hacking with LEGO Bricks - . not for the lego purist! graphic images involved! turn back now! ( lego is a trademark of

Computer Programming with Robots - . what is programming?. computer programming consists of writing lines of code in a

LEGO - . by js. joblo . com. what can you build?. you can make all different kinds of things like houses, computers,

LEGO - . the history. welcome. what is a lego? what does lego mean? why does lego help you brain? why its importint?.

BIO-ROBOTICS - . bringing biology and robotics together…. by nic conroy and brian johnson. what is biorobotics ?. field

Building Mindstorms NXT Robots - . dr. david johnson school of computing. what is a robot?. resources for learning about