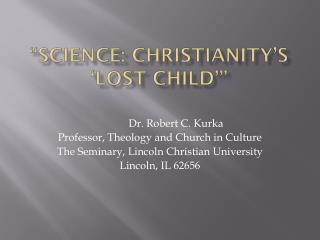 Practice Test - . world history ap #6. which of the great religious systems below were characterized by monotheism

CH 510 – The History of Christianity 1 - . unit one – early christianity slides based in part on the story of

DBT and Christianity - . side by side parallels: corollaries &amp; comparisons of christian values &amp; concepts

Hinduism vs. Christianity - Mai xee yang hinduism also known as the sanatana dharma hinduism is a way of life, not a

Christianity Revision - . genesis 1 – the creation story. god was pleased, it was good. humans given responsibility,

Christianity Under the Siege of Neopaganism - . four myths evangelicals love . myth # 1: music is neutral and amoral

Child and Infant CPR and Choking - . child cpr. a child is considered any person between the ages of 1 and 8. differences

Christian influence on Music - . g oals and purpose. -this class will look at the shaping influence christianity placed

The Limping Child - . chrissie ashdown. aims and objectives. how to assess the limping child who presents to the gp

Christianity, Feudalism, and Manoralism - . christianity. the attacks from the barbaric tribes weakened the empire

Christianity, Feudalism, and Manoralism - . christianity. the attacks from the barbaric tribes weakened the empire