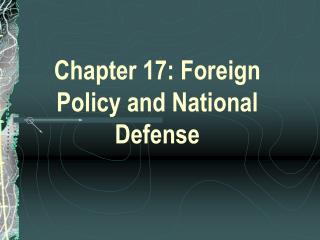 I. Jefferson’s foreign policy problems - . jefferson won re-election by a landslide (without burr); d-r grew as the

THE FOREIGN POLICY OF RICHARD NIXON - . “publicly, we say one thing….actually, we do another.” -richard nixon. ben