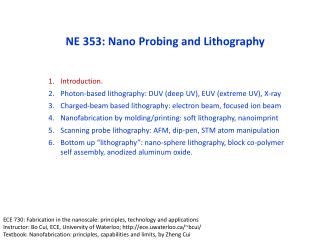 iPod Nano - By: casey marks and andy smida hypothesis to present to the audience the exciting new features offered with

Evaluation Metrics - . february 12, 2010. a break in the usual order of things…. today’s probing question will be

Coexistence of Ferromagnetism and Superconductivity at the Nano-Scale - . a. buzdin institut universitaire de france,