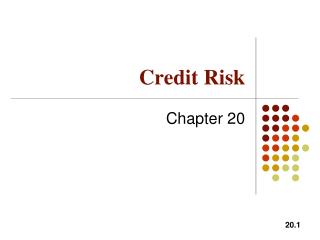 Credit Risk. Chapter 20. Credit Ratings. In the S&P rating system, AAA is the best rating. After that comes AA, A, BBB, BB, B, and CCC The corresponding Moody’s ratings are Aaa, Aa, A, Baa, Ba, B, and Caa Bonds with ratings of BBB (or Baa) and above are considered to be “investment grade”.

DEBIT CARD &amp; CREDIT CARD - . presented by :- ravi kumar gupta. introduction. a few years ago it was easy to tell