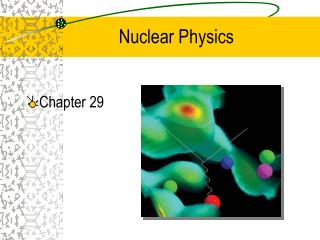 How does a nuclear power station work? - . nuclear reactor. what do the control rods do?. krypton. uranium. barium.

Chapter 21 Nuclear Chemistry - . 21.1 the nucleus. nuclear notation. during a nuclear reaction, an atom can gain or lose