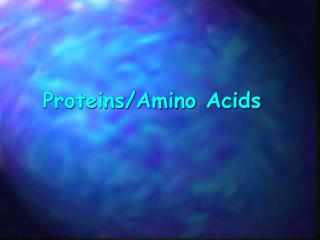 Proteins/Amino Acids. Preliminary Concepts. Protein is important in building of organs and soft structures of the animal body A continuous supply is needed from feed sources throughout life for growth/repair Food protein  body protein Food protein: plant or animal