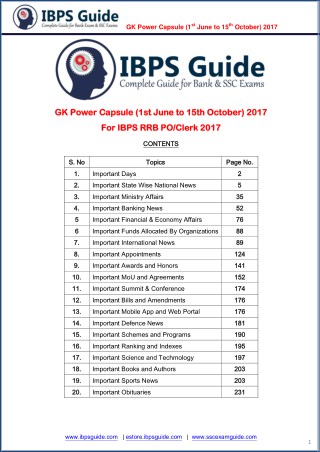 Important News of Rajasthan BSTC Result 2017 - Here, we have great news for those candidates who have appeared in

MY DIGITAL TIME Capsule - . by: quinn haskell. table of contents. summer. helped out at a lit training week stayed up at

A Separate Peace Time Capsule - . by: makayla clanin. goodreads.com. #1. this poster is telling people to join the navy.

A Clerk’s Guide to Confidential Minutes - . confidential minutes – what the law says. regulation 13 of the school

Pub Quiz – Friday 15 th June - . after monday you should know at least one university or bank. how many others do you

IBPS Forum: Upcoming Bank Jobs By Institute of Banking Personnel Selection - Ibps forum is platform wherein you will get