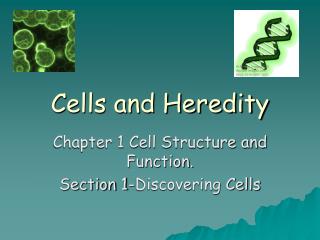 Cells: The Living Units - . 3. cell theory. the cell is the basic structural and functional unit of life organismal

Primary Cells - . a primary cell is a cell that can be used once only and cannot be recharged. the reactants cannot be

Heredity : Inheritance and Variation of Traits - . traits. inherited a characteristic passed on from one generation to

Chapter 11 Introduction to Genetics - . cpi biology hollison high school. 11-1 the work of gregor mendel. what is

Jeopardy Chapter 7-Cells - A view of the cell the name given to the small box-shaped structures found in cork. what are

Anatomy and Physiology - . cells. introduction. there are 75 trillion cells that make up the human body. cells of