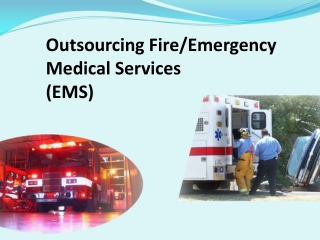 Introduction to Emergency Medical Services (EMS) - . in the state of massachusetts there are four levels of emergency

Emergency - . by judit kovacs. what is an emergency?. emergency: a situation that requires quick attention or action

Emergency Action And Fire Prevention - . session objectives. you will be able to: understand hazards that lead to an