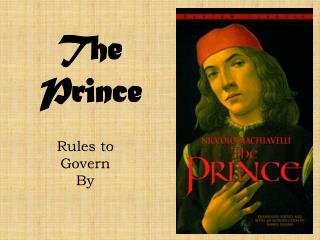 The Prince. Rules to Govern By. Background. 1513 – written Published: 1532 Context: political upheaval in Florence A stable state is a perfect state A prince must do anything possible to create a stable state, BUT he must not be hated! Fear is okay