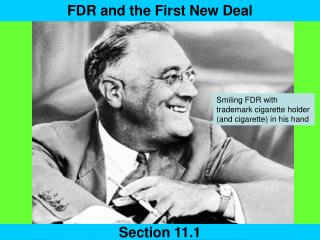 Section 11.1. Smiling FDR with trademark cigarette holder (and cigarette) in his hand. FDR and the First New Deal. What traits make a great president in a time of crisis?. Intelligence Experience Expertise Stamina Compassion Charisma Which did Hoover lack? Section 11.1 - . why it’s important. understanding when contracts come to an end will help you determine your legal

Section 11.1 - . curves defined by parametric equations. parametric curves. suppose that x and y are both given as

SECTION 11.1 - . areas of rectangles and squares. warm up. find the area and perimeter of a square that is 5 inches long.

Section 11.1 Regular Languages - Problem : suppose the input strings to a program must be strings over the alphabet {

Practice Problems Section 11.1 - . you can convert pressure measurements to other equivalent units. the method used to