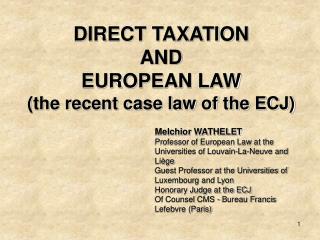 Basic Principles of Taxation of US Corporations - Introduction to us taxation of mergers and acquisitions prof. charlotte