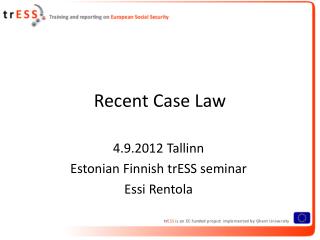 DIRECT TAXATION AND EUROPEAN LAW (the recent case law of the ECJ) - . melchior wathelet professor of european law at the