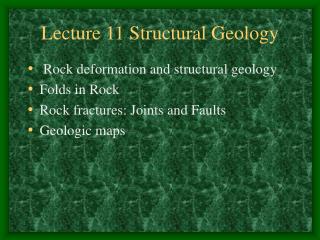 Structural Geology - . r. b. schultz. structural geology rocks below the earth's surface are hot and tend to flow,

Geology - . our changing earth. what is geology?. geology is the study of the earth, the different processes and cycles,