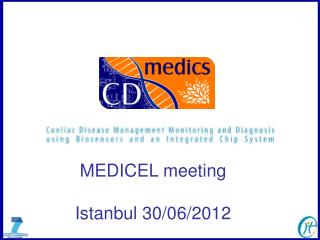 MEDICEL meeting Istanbul 30/06/2012. Objectives. Objectives and role of AOECS The objective is to disseminate the results of the project as well as finding potential synergistic networking partners relevant to the technologies to be developed. This will be facilitated by: MARSITE - ISTANBUL - . marsite started on november 1 st , 2012. it is a three-year project. marsite has been funded for