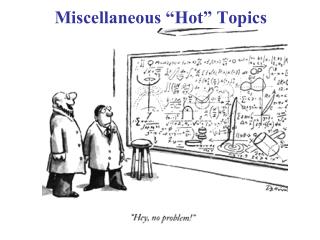 Miscellaneous - . problem solving. word problems. bob is decorating the hallway. one wall measures 2m by 3m. the other

Miscellaneous Items - . loop control. it is quite possible to get out of a loop from the middle of it, similar to the