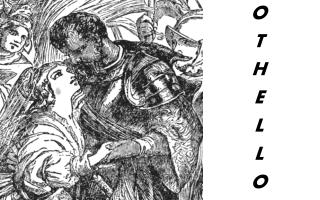 O T H E L L O. Othello-The Basics -First performed around 1603 -All actors were white males -Based on a previously existent collection of short works by Cinthio -Was most likely very popular when it was first performed as we have accounts of its performances at court.