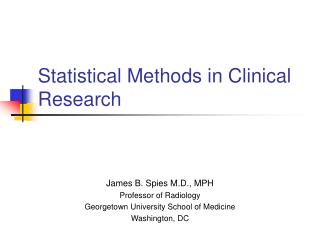 An Intensive Course in Clinical Research Methods - . supported by the institute for clinical and translational

Statistical methods in NLP - . diana trandabat 2013-2014. the sentence as a string of words e.g i saw the lady with