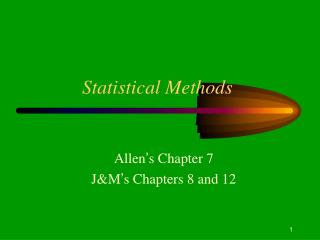 Nonparametric Statistical Methods - . definition. when the data is generated from process (model) that is known except

Statistical Methods II - . notes on sql. sql programming. employers increasingly tell us that they look for 2 things on a