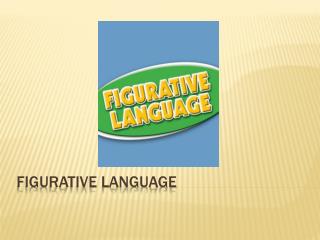 Figurative language. FIGURATIVE LANGUAGE is using language to create a strong image in the reader’s mind. . I’m so angry I could blow my top.

ELA CAHSEE Preparation - . we will work together and you will pass that test!. bart simpson promises…. session 1:

Learning Figurative Language with Song Lyrics - . whenever you describe something by comparing it with something else,

Figurative Language Flip Book - . use 4 pieces of paper fold each so that there is about ½ inch overlapping as you add